Today’s double bass instrument design is similar to the viola’s – scaled far down in size, with a bit of an unnatural ceiling on the resonance of lower tones. The situation is made even more complex by the very many 3/4-size instruments used by professional players of shorter stature. It truly is hard to reach first position (closer to the nut) and bow sul ponticello on a full-sized instrument if you’re under 5’8″.

What does all this mean? Once again, rock-bottom notes are not as effective as you might think. We’re accustomed by our ear into thinking that they’re awesome, but after a while, an experienced orchestrator will start to perceive a certain limit of tone, and recognize the problem. We have to face the fact that instrument builders for the last two and a half centuries have been shaping the resonance of the double bass to make the string section sound good – and that’s affected the development of the instrument rather than concerns of its individual solo sound. This is the root of the dictum to keep the basses up, and to not overuse them over the course of a longer orchestration.

At the start of the excerpt below from my double bass concerto, the bass is playing in the register which is optimum for its body size. This is a great place for a soloist – essentially, the first octave or so of the cello’s range, but speaking with less grind and darkness than the cello’s C-string. The music progresses to the third octave of the bass’s range, where such fluency and speed are more reasonable technically and aurally. Tomorrow I’ll talk about the things which now make such playing possible, which didn’t exist in Beethoven’s time. 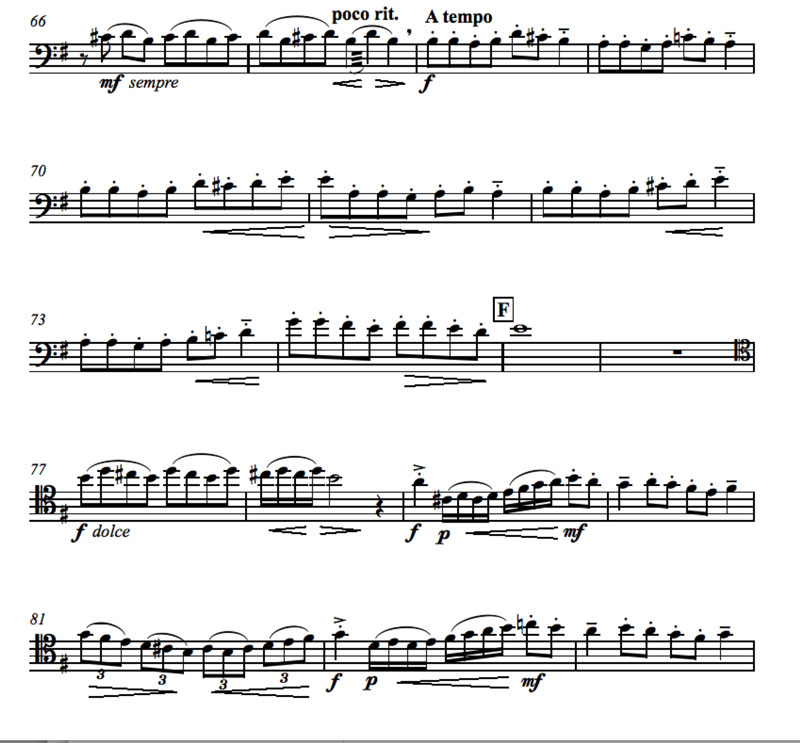