The orchestrator needs to be aware of the process by which oboists vibrato, and how the variability of speed thereof affects musical expression.

As most composers are aware string vibrato is caused by a minute oscillation of the fingertips, essentially a direct modulation of pitch. But oboe can’t vibrato in pitch from a direct application of pressure where the tone is created, i.e. the embouchure (in fact, an oboist who tried would get a honking sound). Rather, the technique must come directly from the abdomen, with slight variations in the wind support creating the right expressive sound.

If you’re not a wind player, try this. Take a deep breath, then exhale through pursed lips. As you do, laugh without using your vocal cords. That is pretty much how a wind vibrato works – with a modulation of intensity of force, NOT pitch (though some slight variation of pitch may result).

Wind vibrato as a common orchestral resource is actually a fairly recent development, going back only about a century. Before the ascendancy of players like Leon Goossens, wind and especially oboe vibrato was considered to be rather cheap and tasteless. Now it’s standard – to a point. The player must decide how much vibrato, if any, to use in certain passages. It’s quite common for period instrument players to leave it it out entirely, and still attain a beautiful sound (check out some recordings of Bach and Händel featuring oboe with period instrument specialists to see what I mean).

But that’s just the beginning. An oboist will actually think in terms of 4 degrees of expression: nonvibrato, then slow, medium, and fast vibrato. These degrees are somewhat geared to the tempo of the music, but not always. The criteria can also deal with dynamic level, character of music, and other factors.

Your assignment for today is to go listen to several different cues to compare vibrato speeds, starting with the excerpt below – the oboe solo from the third movement opening of Schumann’s Second Symphony. That’s a good starting point. Don’t be surprised if the “slow” vibrato seems a bit fast. The gap between the speeds is closer together than on string instruments. 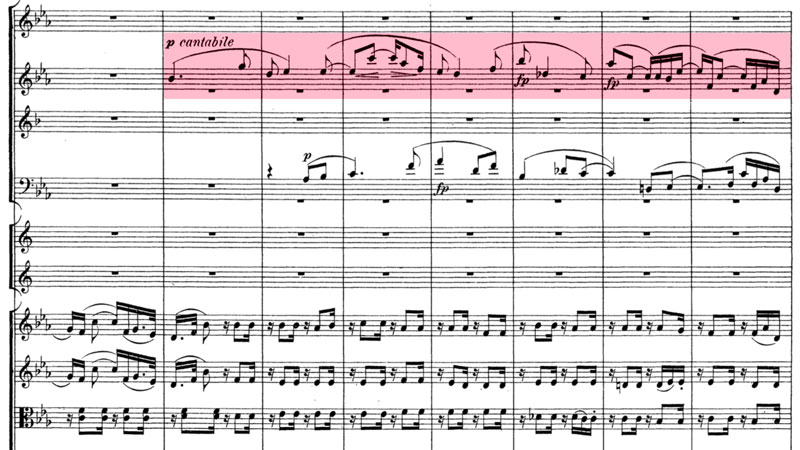 « Video Tip of the Week: The Ceiling on Sul Tasto Oboe - Articulation »

One response to “Oboe – Vibrato Formation and Frequency”