Sul tasto has less limits on cello than it does on viola and violin, and may also be used quite effectively on its two lower strings in combination with tremolo.

The cello’s action is significantly higher. This allows two things – the first, a much more acute curve to the bridge and fingerboard. The practical effect for this is that the bow may play over the fingerboard with the fingers in higher positions – so the composer may indicate a sul G tastiera, for instance, with less risk of accidental double-stopping (though one shouldn’t get above 5th position, I’d say).

The second consequence is that with a higher action, the bow doesn’t crash into the upper lobe of the cello body when playing sul tasto on the high A string. Put together with the more pronounced curvature of the bridge, and the effective range of sul tasto is much greater than the violin or viola, easily by an octave or two – or even three, if sul tasto is combined with the plentiful amount of possible harmonics.

One texture that every orchestrator should add to their potential bag of tricks is the use of sul tasto bowing in combination with bowed tremolo on the C and G strings. The sound is hard to describe – a very unusual, edgy yet floating quality, unlike any other bowed tremolo on any other instrument. A good example of this is shown in the excerpt below from Debussy’s La Mer, about 3 minutes and 20 seconds into the third movement, “Dialogue du vent et de la mer.” Score-read this to the music, and look how superbly the texture has been laid out on this page. The contrabassoon doubles the basses, while the cellos play an octave higher, essentially magnifying the complex overtones of the contra. This low end stands out easily without further need of support, simply due to excellent timbral proportions. 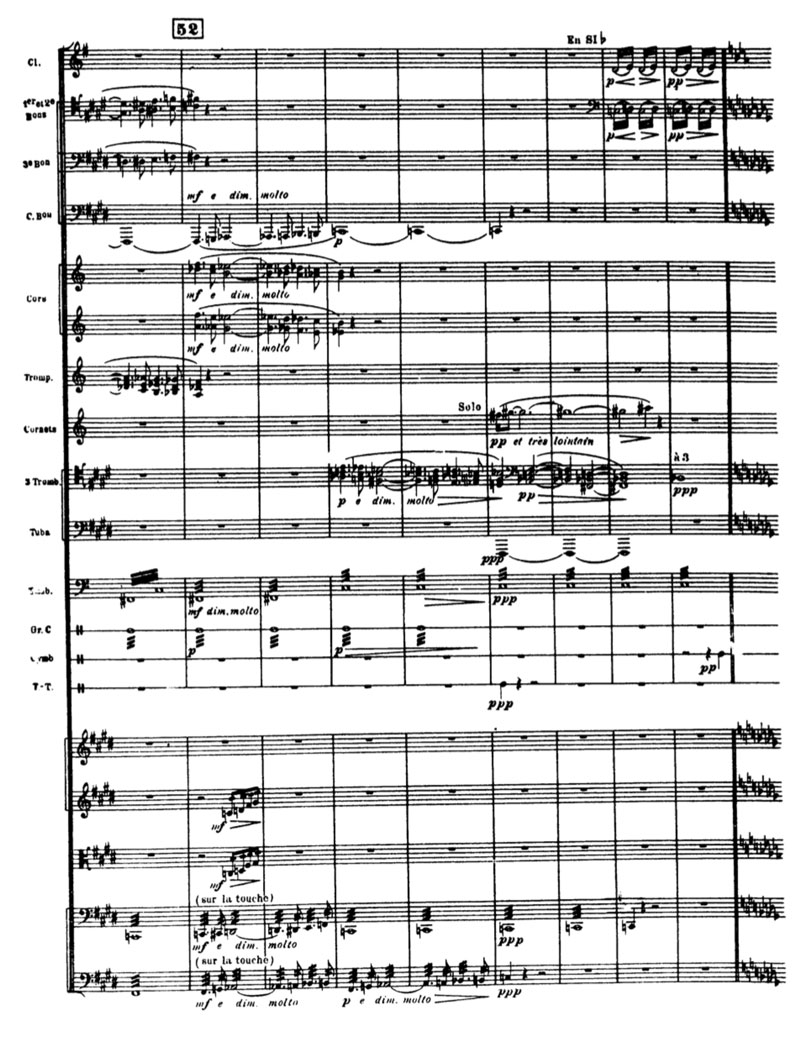